Things to do now that the impeachment trial’s over 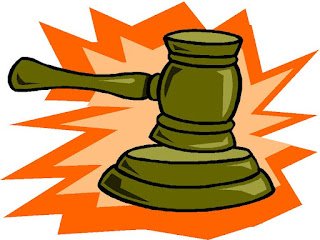 WE followed, perhaps even suffered, the tragic-comic silliness of the 44 days that saw the impeachment trial of the soon-to-be-ex-Chief Justice Renato Corona.

Unless I had to rush stories or was out on a press coverage or errands, I was at home glued to the TV just like everyone else. There I was watching and listening, sometimes my blood pressure rising at some ridiculous remark by some halfwit pretend lawyer, or amused as my favorite senator went berserk, floored by the idiocies she and her colleagues were forced to pay attention to.

There were some days of boredom too, when the testimonies got too technical and uber-lengthy. But I must admit, it made great TV.

But now that the trial is over, what ever are we going to do with our afternoons?!

Well, here are a few activities I put forth, your honors, that can replace the now concluded, often hypertensive Coronovela.

Start saving US dollars. If you want to be well-off like the Chief Justice by the time you reach retirement age, this is one of the best ways to spend your afternoons. What you should do is hang around the foreign exchange center in SM Malls, or your friendly neighborhood bank (you have to know the staff so they don’t toss you out for loitering on the premises), and wait for the balikbayan who want to exchange their dollars into pesos.

Offer them market rates—for this purpose, your smartphone must be well-equipped like a Bloomberg terminal so you can monitor the current trades at the Philippine Dealing System. Since the balikbayan will want a higher rate of exchange versus what SM or the bank will be offering, they will naturally sell their greenbacks to you. (These currency centers often buy dollars at 50 centavos to even a peso-and-a-half lower than the prevailing Bangko Sentral ng Pilipinas reference rate.)

Open a foreign currency deposit account, and—ka-ching!—deposit your newly bought dollars. In due time, you will also be able to amass $2.5 million through wise money market investing like the Chief Justice! Talk to a private banker to help you carry out a sound forex investment plan. (Note: Hopefully, you are not a government employee, because you now know what can happen if you have a dollar savings account which you don’t disclose in your Statement of Assets, Liabilities, and Net worth. If you are, then open a dollar deposit account abroad, preferably in the Caribbean!)

Enter law school. We all know who were the real winners in the Corona impeachment trial—it was the lawyers! With lawyers charging at an hourly rate, there is no doubt the rest of us are probably in the wrong business. It’s never too late to enroll in law school and learn to argue the intricacies of Constitutional Law. Imagine how fun it would be if you ever get to practice that with Sen. Miriam Defensor-Santiago! Gulp! Patay tayo jan!

But who knows, you just might become a congressman or a senator one day, and be influential in crafting vital legislation in the land—like, for example, the propagation of carabaos! Or like just what happened—you might be called to vote on some measure of national and historical importance! Or, heavens, you may even become the Chief Justice! Just be sure when that happens, you are amiable and friendly with your fellow associates, so they would think twice about testifying against you, in case you ever find yourself being impeached.

Learn to Photoshop. Remember all those funny and entertaining posters and memes that popped up on the Internet during the impeachment trial? Many of these were accomplished by tweaking existing photos and just putting one’s own witty take.

Get one of your proficient friends to teach you the basics of Adobe Photoshop, and the rest of the tricks you can learn on your own. (That’s what those free afternoons are for—practice, practice, practice!) Who knows, your own meme may just become the next cyber wonder hit! Just like this: 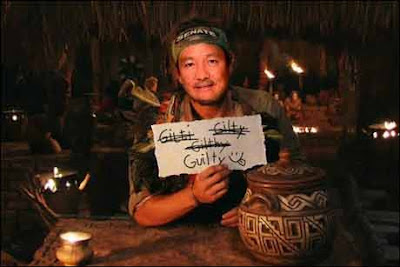 Return peace to the family, befriend your feuding relatives. Yup, you read it right—spend time with relatives you never liked, or maybe were friendly with you in your childhood, but who have since become cold and distant. Try to get into their good graces again, especially if they have more than enough money to know what to do. (Pay special attention to those relatives who have lots of foreign currency deposits and properties.)

Be dependable especially in their old age. Who knows, your rich relative may actually start appreciating the little things you do for them and leave you the bulk of their wealth. And when his/her own family ends up squabbling over funds and properties, you, being the favorite relative, will still be able to run away with most of the loot. What a small sacrifice to just being always available for them, huh?

Be a heckler. One of the most productive afternoon past times is to go on Twitter, and start ridiculing everything you see or hear. Of course, heckling is an art in itself. It’s not just about calling some government official, panget! when you watch her mouth off government policy on TV sans makeup. You have to have some wit, a commanding grasp of English (or Filipino!), and a wide vocabulary to send your points across. E.g., “She’s pretty...as a pustule!” See the difference?

The most pleasurable, of course, is when you engage in “debates” with your followers or those you follow, especially if it is about a topic of national or historical significance—like why President Aquino should declare June 11, a Monday, a holiday as well! Or, who really owns that Ferrari parked along Salcedo Street. You may soon become a Twitter darling, because you entertain the tweeps with your ridiculous-funny musings! (By the way, follow me on Twitter: @Pulitika2010. I’m no Twitter darling, but I’m a doll just the same. Haha!)

Eat well, exercise properly and get your highlights done the correct way. I cannot help but super-underscore these activities, because who knows when your family will become involved in a scandalous affair that merits national media attention? Always be prepared to look your smashing best, so when those news cameras start rolling, the TV audience will automatically fall in love with you and will decide you and your family are innocent of those unjust accusations.

Exercise every afternoon so you will slim down to a sexy size 6, and go to a reputable salon like Toni&Guy Essensuals to get a really fabulous head job to match your lithe figure. Remember, just because you’ve lived in the US for a while, and you now speak with an American twang, it doesn’t mean you’re really a Caucasian. You’re still Pinoy so super-blond highlights will not always go well with your kayumanggi complexion, honey.

Get rid of your domestic help and do your own housework. Your bank book and nest egg will appreciate you for it. Why spend P3,500 every month—the minimum pay for househelp these days—when you can do a better job of cleaning your house, washing and ironing your clothes, and cooking for your family eh? Besides, remember how Inday broke your favorite Lladro figurine? Que barbaridad!

Tossing the domestic help and doing your household chores every afternoon will help save you tons of money, and pretty soon, you will become a millionaire! If you manage to not switch on the air conditioners as well, despite the sweltering heat of summer, aba! You might just even become a billionaire!

As for me, I’ll probably go back to watching movies—it was a favorite pasttime which I had to put off because of the impeachment trial. Hmmm...I wonder what’s on today? MIB3? Good grief, them again? Born to Love You? Ick. Every Breath You Take? Yowza! Piranha in 3D?! What the…?!

Waaaah! I want my Coronovelaaaaaah!

(My column, Something Like Life, is published every Friday in the Life section of the BusinessMirror. This piece was originally published on June 1, 2012. Photo of Lito Lapid by Jhett Boroma via Facebook.)
Posted by Stella Arnaldo at Friday, June 08, 2012