Monday bitching...Ruffa, the woman with 9 lives 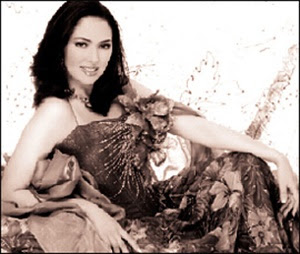 (Photo from The Filipino Express)

I don't know how you guys are taking the weekend pronouncements of Ruffa Gutierrez, the latest Pinoy celebrity who has confessed to having been physically abused by one's spouse.

Normally, I feel sympathy towards women who have been abused and violated by their husbands, or men in general. But in Ruffa's case, I somehow find some of her statements almost unbelievable. (This woman, after all, was involved in the 1994 Manila Film Fest scam, along with her mother, the irrepressible Annabel Rama, brother Rocky, and that woman with the truly unforgettable name...Viveka Babajee.) I mean, being physically abused for 15 hours daw? Buhay pa sya? Then she says she was electrocuted by hubby Yilmaz Bektas while she was in the bathtub...again, buhay pa din sya? My God! This woman must have 9 lives, like a cat!

So the beatings began even before she and Yilmaz were married...so what possessed her to marry him? That's awfully stupid isn't it? I mean, all this time I thought she had some brains to go with her beauty...Baka nasilaw sa dami ng carats na binigay ni "lovee" anoh? Ayan, nainggit kasi ke Greta.

Btw, how come not one showbiz TV host has actually pinned down Ruffa and gotten a real honest answer on whether or not she was married to one Richard Daiola prior to Yilmaz? Who the hell is this guy and why, despite the massive resources of both GMA News and ABS-CBN/ANC News, he has yet to be unearthed. No one has secured even one photo of this mystery man.